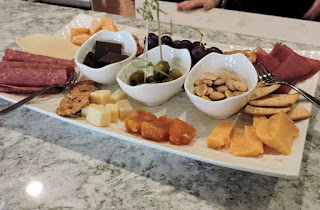 The latest trend in hospitality at your local winery is the outdoor patio where you can get wine by the glass, order a pizza, select a cheese plate or a charcuterie board. My favourite is the charcuterie board, which seems to go extremely well with a wine assortment.

Access to a good butcher shop is important to the winery for selecting quality meats.  The plate often is composed of various salamis and prosciutto ham. A spreadable jam or chutney is a must, and of course crackers or toast. 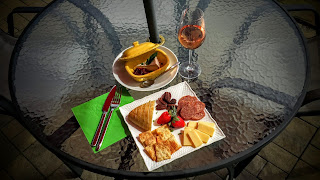 Although cheese is not considered charcuterie almost everyone has various cheeses on their board. Cheese goes well with wine, nuts and olives are often included on the plate

I prefer a light refreshing wine such as Pinot Grigio or a soft Riesling.

Glass House Estate produces a very nice one in the Fraser Valley. In Ontario Coffin Ridge is rated highly.

One of the secrets to a good charcuterie board at a winery is to keep it simple too many flavours can overwhelm the wine. Let your guests savour the foods and the wines.
Posted by We Love Wine at 5:49 PM No comments:

Around the world the world you will find a large number of wineries owned and run entirely by women.  There are even more female winemakers. There are numerous husband and wife teams. One winery located near Oliver, British Columbia is owned by a mother daughter team. 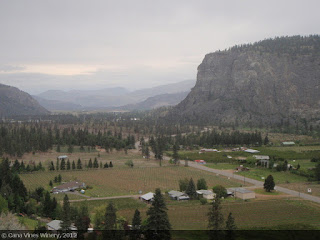 Cana Vines is a mother-daughter team committed to creating small-lot, handcrafted estate wines for everyone. Arnie Elgert bought the property in 1991. Her daughter Lisa Elgert is the winemaker.

Amongst these wineries, the word "sisters" is in the name of many of them. Two such wineries are Two Sisters in Niagara on the Lake and Three Sisters on the Naramata Bench in British Columbia. 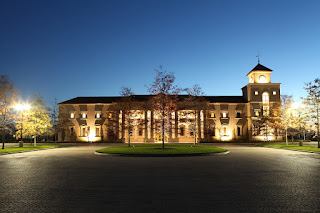 Two Sisters Vineyards is owned by two sisters Melissa Marotta-Paolicelli and Angela Marotta between them they have seven children hence the seven grapes on the logo.

The property has a total of 76 acres and all the reds are estate grown. They are Cabernet Sauvignon, Cabernet Franc and Merlot
The winery has done well in International wine competitions. The 2104 Royal Wine Awards a Gold medal for 2013 Sauvignon Blanc, a Silver medal for 2011 Eleventh Post and two Bronze medals for 2013 Unoaked Chardonnay and 2010 Merlot.

Two Sisters were recipients of a Gold Medal for 2011 Eleventh Post Proprietary Blend and Silver Medals for 2013 Reisling and 2013 Unoaked Chardonnay and Bronze Medal for 2010 Cabernet Franc at InterVin 2014. 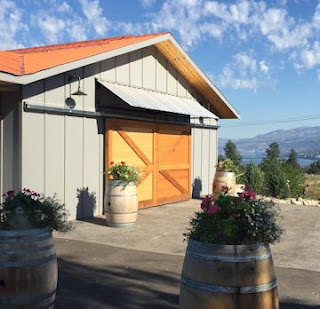 In 2003 John and Liz Lawrence, acquired a 15 acre property with a 7.5 acre planted vineyard. This retirement plan, although somewhat a hare-brained scheme, was based on a long family history of farming, a passion for growing and an appreciation of vineyards from around the world.

Earlco Vineyards Ltd was shaped in response to the burgeoning wine industry in the Okanagan, particularly on the Naramata Bench. The name is simply derived from the naming of our vineyard blocks after us, the three sisters: Emily, Abby and Rebecca Lawrence and put into a Company! After 10 years the company has extended its own vineyards and entered into arrangements with local owners for the care and maintenance of their vineyards. Now farming over 160 acres of vineyards, Earlco Vineyards Ltd is a well-established and recognised viticulture company in the Okanagan.