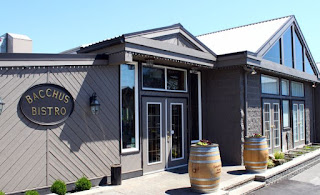 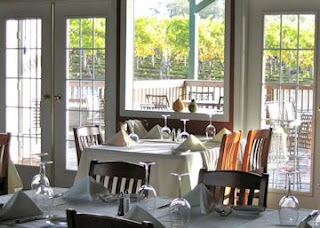 For the third consecutive year, Barbara and I celebrated Valentine's Day at the popular Bacchus Bistro at Chaberton Estate Winery in Langley. Last year the bistro had two settings; this year due to demand there were three settings. The Bistro offered a four-course dinner at which we thought a reasonable price of  $60.00 per person.

The first course consisted of Amuse Buche, a smoked salmon tartlet, Gougere which went very well with my glass of Reserve Bacchus wine.

The second provided a choice of four options, Barbara selected the  Lobster and Butternut Squash Bisque (with sauteed prawns) I went for a Jem Tomato and Mt. Lehman Chevre Salad. Barbara enjoyed her reserve Merlot, (one of her favourites from the winery) with its notes of dark cherry and plum. 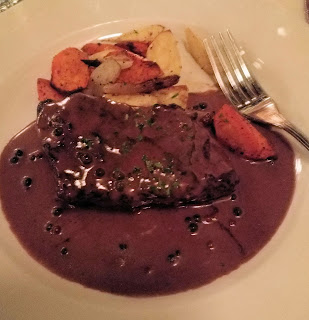 The main course offered four selections. Barbara chose the Pan Roasted Halibut with Black Olive Tapenade. I selected one of my favourites, Braised Boneless Beef Short Ribs which did not disappoint.  Oh so tender, slow cooked in red wine with green peppercorn sauce. Barbara said she made the right choice, the halibut was cooked to perfection! One must toast the culinary skills of Chef Ashley and his staff. 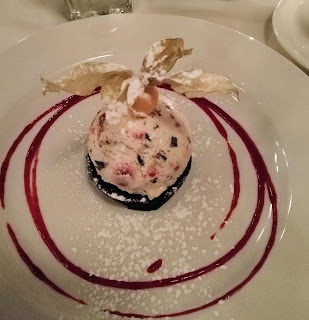 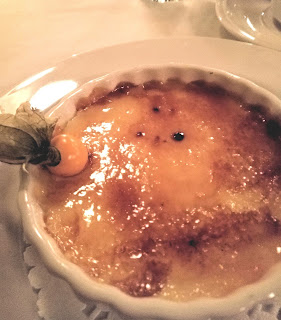 Dessert completed the four courses superbly.  Barbara selected the Tahitian Vanilla Buffalo Milk Creme Brulee. I chose the Raspberry Frozen Nougat, both were amazing, we shared tastings. A shared glass of  Siegerrebe Dessert wine along with a fresh roasted cup of coffee finished off the evening beautifully.  Our server was adept at making our evening a memorable one.

Chaberton Estate Winery is located in the Fraser Valley, on 216th Street off 16th Ave
Valentine's 2016

One of the most renowned regions in British Columbia's  Okanagan is the Naramata Bench . The region extents north from the city of Penticton and runs along the east side of Okanagan Lake. The vineyards of the bench provide outstanding conditions for Merlot and Bordeaux varieties and full favourite Pinot Gris and Viognier. 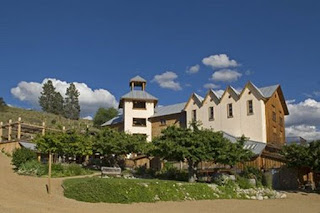 Hillside state Winery was the first to establish themselves on the Bench. In 1984 Vera and Bohumir Klockockas began establishing the vineyard. Today Hillside is a major player in the Okanagan. 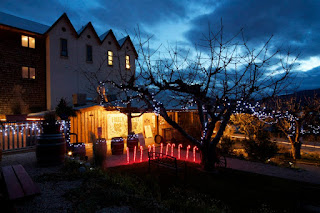 ﻿
Kathy Malone has been the winemaker at Hillside since 2008. The only one we know producing Muscat Ottnel. The Hillside Bistro provides fine dinning. 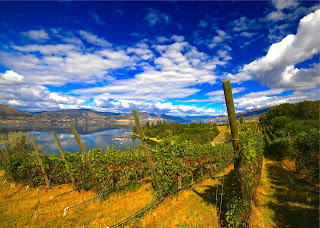 In 1969 Bob Ferguson and Tim Watts opened Kettle Valley winery, named after the old railway that use run along the east shore. They produce some lively and bold reds.

One winery that produces amazing wines we do not hear enough about is D'Angelo. Sal De Angelo had an establish winery in Ontario. He visited the Naramata falling in love with the region he immediately established a second winery here.

If you like Fruits wines Elephant Island is for your. Their is actually no Island an no elephant. Try the Pear wine. 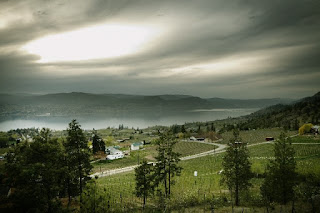 Among the well established wineries are Poplar Grove, the first winery you will see as you enter the Bench . Their vineyards were established in 1993. What a reputation they have made over the years

See them all at winesofcanada.com ~ The Naramata Bench