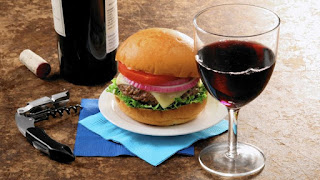 Yes! Summer has arrived and it is BBQ time. When men discovers the great outdoors , they grab a beer and begins to cook. But wait why not have wine instead of beer. Wine is the in" beverage today.

What wines go best with Hamburgers. Since hamburgers are beef. Red meat usually goes best with red wines.  If you like your burger straight up with minimal toping Cabernet Sauvignon is a good idea. I also like Petit Verdot.

If you are going spicy perhaps a Rose or maybe a Zinfandel.

The type of cheese can also make a difference.  For cheddar I like Cabernet Sauvignon add BBQ sauce and I am back to whites.

If you are adding blue cheese, grilled onions, the works you will want a spicer wine with robust flavours to match the toppings. Try Malbec, Zinfandel or a Cotes du Rhone

Some people like chardonnay or even sparkling wines with their hamburger.

In all cases chose wines with lower alcohol levels. 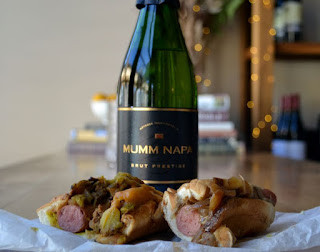 So what about wines with hot dogs. The answer is Sparkling wines.  Try a L'Acadie wine from Nova Scotia. Sauvignon Blanc also works well. Although as with the hamburger topping can affect which wines goes best.

As for steak on the BBQ  I think everyone has their favourite wine and that is what I go with.

I like an Ortega  (try Larch Hill Winery) or a Bacchus from Chaberton to drink on hot summer days to me they go well with anything of the grill. 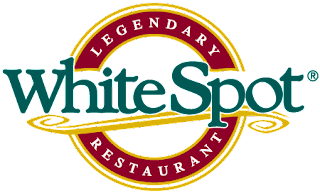 Seldom do we write up a negative article. However today I will. Why? Because Whitespot did not respond to my letter of complaint. A company of this size with a significant "face" in British Columbia's hospitality industry has to do better.

Our problem began on a BC ferry from Swartz Bay (near Victoria) to the Tsawwassen Terminal. Been foot passengers, the four of us made our way quickly to the Coastal Cafe. There were two people in front of us and they were quickly dispatched.  Our friend went first then my wife and I was last of our group.

If you do not know Whitespot is your major restaurant provider in the Coastal Cafe. The limited menu is almost all hamburgers. The products are of course over priced. Service is cafeteria style and is designed to be quick due to the rush of customers upon loading of the ferry.

My wife order did not come up as quickly as the people before us. We waited about 5 minutes for her order. I had had to wait almost an additional ten minutes. An extremely long time. The ladies taking orders seemed quite content to stand back and chat among themselves.

When the cooks tossed three hamburgers under the heat lamps the ladies could not remember who ordered what. I was given my double cheese and bacon burger. Meanwhile, my wife was waiting at the cashier where we would pay for both orders. The cashier explained the slow service by saying the whole crew is new.

Been in the restaurant business for 25 years that is an unacceptable excuse.

Turns out the slow service was nothing compared to the horrible looking hamburger that awaited me. Cold uncooked french fries. Dried out overcooked meat with dried cheese and a green stain from the pickle.

I complained to the cashier who sat patiently at the till due to the continued slow service. The fries were replaced not the burger by ferry personnel. Once again the excuse of a new crew was given.

The coffee was good. A refill was free due to the poor food LOL

Later I almost threw up the hamburger when I visited the ships washroom it was disgusting. I and others retreated.

Once home I sent an e-mail both to BC Ferries and Whitespot. BC Ferries responded with an apology White Spot has not responded. 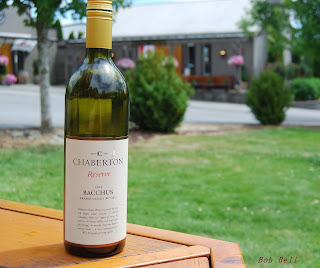 Ortega and Bacchus  they get no respect!

Two of my favourite summer wines are Ortega and Bacchus. To me the wines are very much under-appreciated. You are not going to find them winning any Lieutenant Governor's Award for Excellence. In Robert's Selections, you will see that I gave Chaberton's Estate WineryReserve Bacchus 2106 a 94. 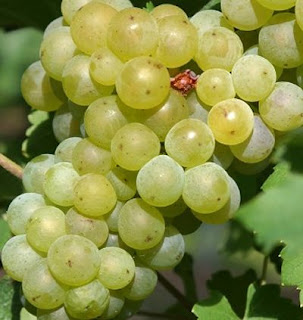 Bacchus: is a white wine grape that was created by viticulturalist Peter Morio at the Geilweilerhof Institute for Grape Breeding in the Palatinate in 1933. He crossed a Silvaner x Riesling cross with Müller-Thurgau .Bacchus received varietal protection and was released for general cultivation in 1972.

Bacchus is the signature wine of Chaberton Estate Winery in Langley British Columbia. In BC Bacchus grape production is less than 1 % of all grapes grown in the province. Arrowleaf is another BC producer of Bacchus. Blue Grouse on Vancouver Island as well. 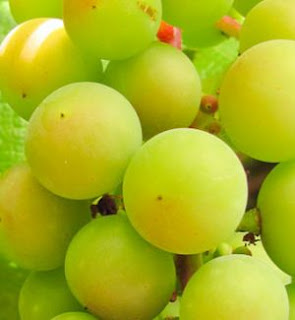 Across between Muller-Thurgau and Siegerrebe varieties mostly used for white wine blending. Cold-hardy grape found in Germany and Canada. Comparable to Riesling. Ortega ripens early, is not sensitive to frost and reaches quite high must weights, typically 20 degrees Oechsle higher than Müller-Thurgau. It is therefore often used for sweet wines, which are considered to improve with cellaring. Ortega wines have aromas of Muscat and peach and are high in extract

Ortega's winter-hardy character has allowed this grape to be successfully grown in British Columbia, and with limited success in Canada's eastern province of Nova Scotia 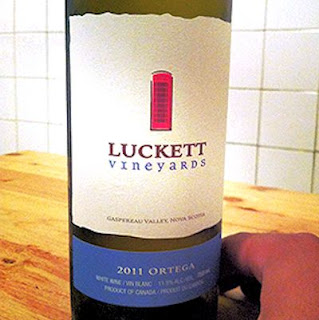 Some top producers are Domaine de Grand Pré, Luckett and Jost in Nova Scotia. In British Columbia Larch Hills, Chaberton and Blue Grouse are among the best.