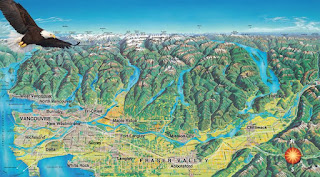 Just the other day I was corresponding with John Schreiner (Canada's most prolific writer of books on wine) about the emerging Fraser Valley Wineries. We focused on the Abbotsford area. John wrote jokingly " I need to write a book on the Fraser Valley" 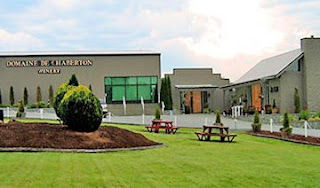 It all began with the establishment of Domaine de Chaberton in 1975 by Claude and Inge Violet. They were followed by Township 7, Backyard Vineyards and Blackwood Lane.

Another recently opened winery just east of the city centre is Ripple's fruit Winery, already a national award winner. In between the establishment of Blackwood Lane and Ripples the already popular Krause Berry Farm added a fruit winery and now produces award-winning wines.

To the south near Abbotsford is Mann Farms a vegetable and fruit farm that has successfully added a fruit winery. 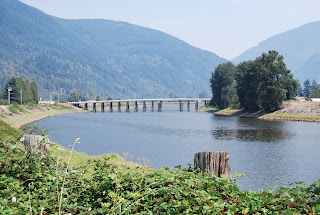 Township 7 has a new neighbour just across the street is Festina Lente Estate Winery Ltd. a new meadery doing quite well. This brings to mind Cambell's Honey Farm located in Abottsford. They started producing mead in 1997.

Also opening in 2017 on Zero Ave in Langley Township was The Glass House Winery. 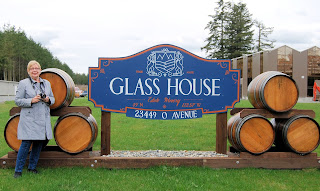 Yes there are more, some you have never heard of but have been operating for years. St. Urban Winery in Chilliwack and 1st R.O.W. in Surrey. The newly opened are Whispering Horse Winery, Springland Winery, Vinoscenti Vineyard, Montagu Cellars, Country Vines Winery Great Fraser Valley Wine LTD and Caven Cellars. 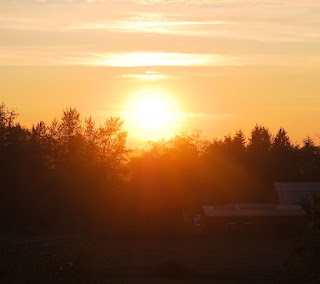 As the sunsets over the Fraser Valley, there are more wineries planning to open A new day seems to bring news of another project in the Valley.  The latest up to the minute news (okay recent news) another winery is planned for the Mt Lehman region. 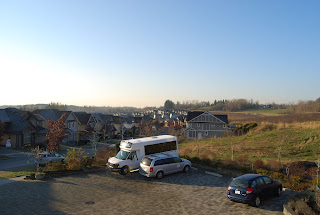 Perhaps you should stay at the Brookside Inn in Abbotsford and book a wine tour with them. We enjoyed our stay!

Robert's Report
Posted by We Love Wine at 4:16 PM No comments: