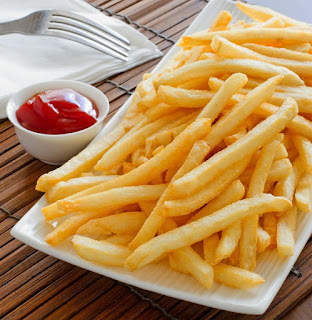 Your French Fries and Wine.

Truth Been Known I would never consider ordering French Fries and wine together.

French Fries can be defined as strips of potatoes deep fried until brown. They are an extremely popular dish. One often considers what wine they will order with their meal based on the main component of that meal, pasta, steak or fish. Seldom do we consider the side food that goes with our meal when ordering the wine.

French Fies are perhaps one of the most common "sides" on almost all dishes.

If you are having a simple dish of French Fries the best wine to have with the fries would be Champagne or sparkling wine. According to Vinepair the high acid, bubbles, and yeasty flavours of Champagne complement the salt, fat, and carby goodness of North America’s favourite side dish.

Now if you like to dip your fries in Mayonnaise try a Sauvignon Blanc.

There is also the classic fries and gravy  The gravy removes much of the greasy and salty taste (best not to have salt added but most restaurants do so).  I am going to suggest a  Gamay or Pinot Noir. The gravy changes everything. 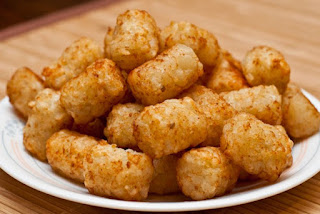 Tater Tots are one of my favourite side dishes or an evening snack. A nice light wine like Riesling or Ortega goes well with these.

When in doubt you can always serve Chardonnay. 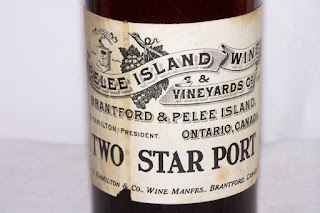 Canada reached an agreement with Europe and Portugal.  Only wine produced in the Douro region of Portugal may be called Port or Porto. (Canadian producers, under CEWSA Article 12(1), will cease using geographic indications (GIs) Chablis, Champagne, Port, Porto and Sherry effective December 31, 2013.)


Port is a fortified wine. Fortified wines are made by adding a proportion of grape spirit, or brandy, to the wine at some point during the production process. Port is arguably the greatest of all fortified wines and its paramount expression, Vintage Port, ranks alongside the finest produce of Bordeaux or Burgundy as one of the great iconic wines of the world.

Fortified wine is most commonly associated with Portugal. The name comes from the harbour Porto this harbour is located in the City of Oporto . Some say Port was named after the city. The original wine region from which Port first came is called Douro. Today port wine is made in numerous countries; Canada is building a reputation for fine Ports.

Port is a sweet red wine with about 20% alcohol (as opposed to table wine which is usually about 13%) and rather low acidity and tannin. Ideally, a good port should have a rich spicy flavour and in spite of its 20% alcohol, taste very smooth. Port is created in a unique way that captures the fruit and flavour of the ripe grapes in wines that possess extraordinary longevity. During fermentation, prior to reaching the point where all of the natural grape sugars have been converted into alcohol, high-proof brandy is added to the vats to stop the fermentation. This leaves a wine with great depth of colour and a high natural sweetness.

Port is usually divided into two categories casked aged and bottled aged. Port can also be classified by other factors such as whether red or white grapes are used.

Tawny Ports are wines made from red grapes that are aged in wooden barrels, exposing them to gradual oxidation and evaporation. As a result, they gradually mellow to a golden-brown colour. The exposure to wood imparts "nutty" flavours to the wine, which is blended to match the house style. Tawny Ports are sweet or medium dry and typically drunk as a dessert wine. A Tawny Port from a single vintage is called Colheitas. Instead of an indication of age (10, 20...) the actual vintage year is mentioned.

Bottle-aged ports receive limited maturation in cask, cement, or stainless steel before bottling. They are intended to mature in the bottle, usually, after you buy them. The less expensive bottle-aged ports—Ruby, Reserve, and Late Bottled Vintage (LBV) are intended for consumption soon after purchase. True quality vintage port, on the other hand, is bottled without fining or filtration and will need decades to properly mature. These are among the world's longest-lived wines and will always require decanting.

Ruby port is the cheapest and most extensively produced type of port. After fermentation, it is stored in tanks made of concrete or stainless steel to prevent oxidative ageing, and preserve its rich claret colour. The wine is usually blended to match the style of the brand to which it is to be sold. The wine is fined and cold filtered before bottling and does not generally improve with age.

There are more than 80 different grapes allowed to be used in the production of port. 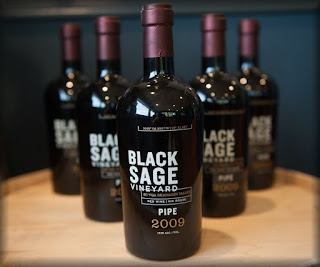 Officially, real port wine comes only from Portugal, very much the same way that true Champagne comes from the Champagne region of France. In time wine growing regions outside of Douro cannot name their fortified wines port. That is why Sumac Ridge is called Pipe and Stoney Ridge is called Forte . 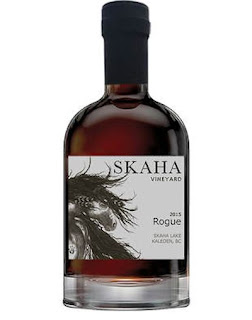 To me Port or Porty Style wines go best with darl chocolate of Pecan pie
Tawny ports go well with traditional desserts such as almond, apple or cream tarts, or creme brulée.

Cheese works too..
Posted by We Love Wine at 2:15 PM No comments: