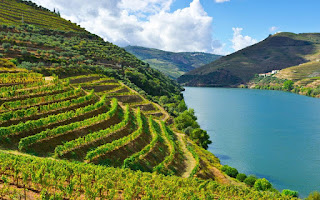 While attending the Vancouver International Wine Festival I took in a seminar on Portuguese wines, called Voyage of Discovery. It was an amazing journey featuring nine wines from nine different wineries. 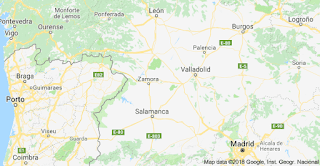 The name Port comes from the harbour town of Porto. The Douro valley is often called the Enchanted Valley, due to the beauty of its landscape. The valley is so magnificent it is a World Heritage Site. 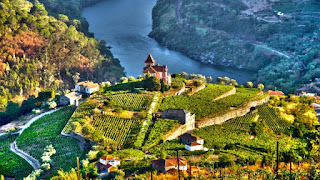 The ports offered for tasting were very special indeed. The first was Real Companhia Velha's Carvalhas Vinhas Velhas Tino 2015. You have to taste it to believe it.

And finally the Symington Family Estate Graham's, Graham's Tawny Port 40 plus years at $195.00. There are simply no words to describe this wine.

Thank you, Portugal for bringing all your amazing wines to Vancouver. I am honoured to have the pleasure of enjoying them