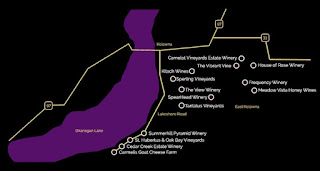 There are now 9 wineries and one meadery on Kelowna's eastside. Its a country community with single family homes, historical buildings and orchards along with vineyards. 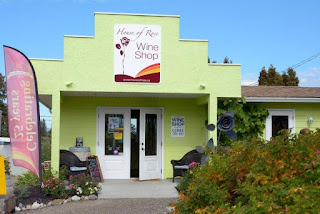 House of Rose Winery is situated in an area known as "the Belgo Bench" with both soil type and microclimate contributing to an excellent site for grape growing. The winery is nestled among apple orchards with a view of the mountains in all directions. Established in 1993. Founded by Vern Rose the winery is now run by his daughter Aura and her husband Wouter van der Hall. 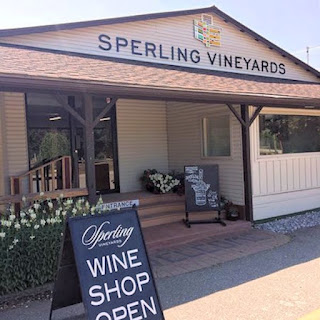 The winery was established through the vision and partnership of Ann and Susan Sperling, along with their husbands, Peter Gamble and Paul Richardson, the family lands and vines have become a vinous reality producing elegant wines of character. The Sperling family ancestors first purchased the land in the 1860s. Vines were first planted in the 1920s. 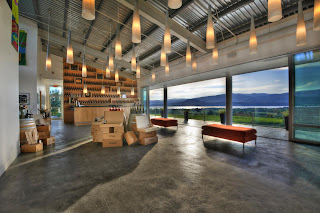 Tantalus Vineyards is situated on the eastern slopes of the Okanagan Valley overlooking the shores of Lake Okanagan and the city of Kelowna. Tantalus is dedicated to growing and vinifying limited quantities of exceptional Riesling, Pinot Noir and Chardonnay.

Winery Proprietor Eric Savics liked the origin of the word Tantalus - to be Tantalized. The vineyard was first planted to grapes in 1927 and was called Pioneer Vineyards. Tantalus was established in 2004 on this site.

The vineyard consists of 50 acres of undulating topography. Each block demonstrates its own particular aspect and slope. The soils are varied, their origins dating back to the last ice age and the formation of an ancient lake whose depth rose 250 meters above the current level of Lake Okanagan.

The Vineyard having old plantings of Riesling, Pinot Noir and Chardonnay. Today, Riesling vines planted in 1978 and Pinot Noir planted in 1983 make up the backbone of the vineyard. 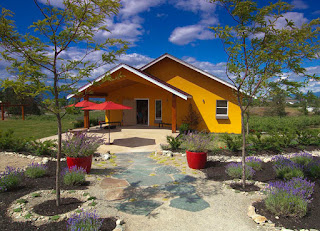 The winery opened in 2010 and is owned by Bill and Marina Knutson along with Bruce Hirtle/Vancouver; William Knutson/Vancouver.

The winery has now planted 14 acres of its 20-acre property, which was an apple orchard before Bill and his partners began planting grapes in 2008 on the ironically named Gentleman Farmer Vineyard, 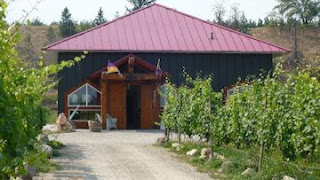 The winery is owned by Rob Young and Denise Brass, two Air Canada flight attendants who have lived on an East Kelowna apple orchard for several years..Rob and Denise took over the orchard after Bob Young passed away in 1996. They planted the vines in June 2007 and built the winery in August of the same year. Opened the tasting room in June 2008

They have 4.5 acres of Pinot Gris, Riesling, Pinot Noir and Gewürztraminer.Current production is 1500 cases with the goal been 2500.

The winery reflects the Camelot and the Knights of the round table. Every year they host a unique wine country festival: the day-long Medieval Fair, celebrating European history and culture of the 11th to 16th Centuries. It is a colourful spectacle, including jousts by armour-clad individuals who belong to a Kelowna historical group calling itself the Duchy of Connaught. Yes, they have a  sword embedded in a stone greets visitors 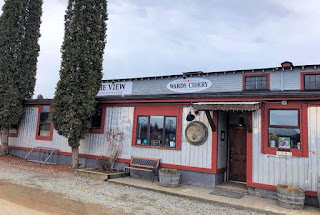 The View Winery is on a piece of property that has been in the Turton/Ward family for 5 generations. Historically, apples were grown on the property. In the mid 1990s a transition began and orchard rows were replaced with vines. The winery currently is in the heritage packing house that also doubles as a cidery. 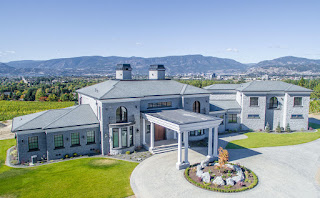 In recent years new wineries have opened the largest been Kitsch Wines. The remaining two are Frequency and Vibrant Vines. All three are excellent wineries to visit.

The meadery is Meadow Vista Honey Wines producing top of the line mead.