A little  but coming on strong Nova Scotia WInery 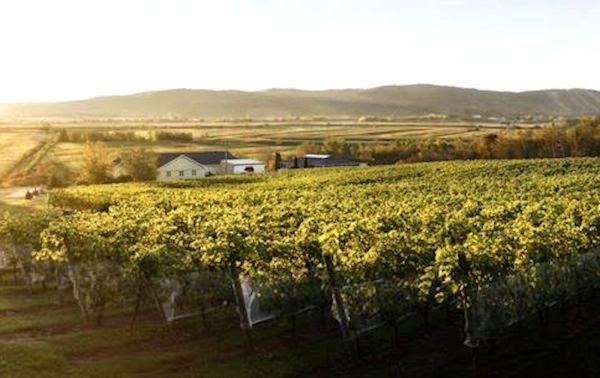 The Sainte-Famille Winery tasting room is located in Falmouth just outside of Windsor Nova Scotia. The winery owned by Suzanne and Doug Corkum is in the Avon River Valley the gateway to the Annapolis Valley. The winery takes it's name from the land on which they built. In 1680 the Acadian village known as la Paroisee Sainte Famille was founded here. Suzanne nad Dough were pioneers in the wine business in Canada planting the vineyard in 1979.

They started with just one acre. Today they have 25 acres planted They produce about 6000 cases. The winery grew slowly over the years as did the Nova Scotia Wine trade. By 2010 the Province was beginning to be noticed in the world of quality wines. Sainte-Famille made some modest changes such as joining social media but the winery remained under the radar. Especially for myself as they do not answer my inquires.

They have won over 20 medals in recent years in international and nation competitions. Among their spciality wines they produce Blueberry Ice, Framboise,and Maple Wine. Try the
Seyval a grape best grown in Nova Scotia
Posted by We Love Wine at 1:59 PM