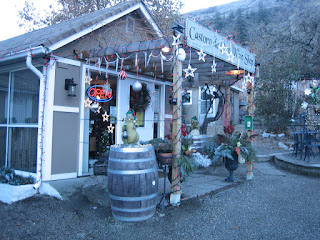 
There is a hidden gem on the Golden Mile of Oliver. British Columbia.

If you were a tourist driving through Oliver and the Okanagan you will spot some pretty impressive looking wineries. Such as Tinhorn Creek and Burrowing Owl. You might even have heard of some of the wineries that have made their reputation of the years such as Gehringer Brothers and Hester Creek Estate Winery setting your sights on visiting them.


If you are paying attention and driving the speed limit you may notice a small rather unimpressive winery by the roadside. You ignore them,  they are not as big or fancy as those other wineries but what a mistake you will make.

My wife and I have been following  Castoro de Oro Estate winery since Bruno Kelle and Stella Schmidt purchased the winery. Bruno and Stella believe they found a diamond in the rough when they located their winery on the Golden Mile south of Oliver. The couple fell in love with the wine region while touring the area in 2005.

The winery known as the Golden Beaver back then was not anywhere close to been a diamond. But with passion, dedication and hard work Castoro de Oro (renamed in 2011) now produces some of Okanagans best wines.

Their Viognier 2016 won a peoples choice award in 2018. Their Radiant Rhapsody highly rated by wine writers across the nation. The Crimson Red Rhapsody 2014 winner of 2017 Lieutenant Governor Award of Excellence. 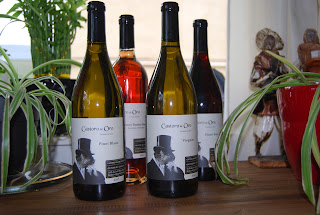 Do not pass this winery by! That would be a mistake!

A comfortable patio with picnic tables provides a spectacular view of the Okanagan Valley.

You can see how I reviewed their wines in Robert's Selections.  In the next few weeks, Barbara and I will be looking forward to  tasting additional wines from Castoro de Ore
Posted by We Love Wine at 3:51 PM