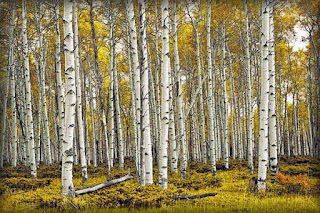 Wine made from the White Birch Tree

There are those that challenge nature and produce exciting new products for us to drink or eat. One such product is wine made from the sap of the White Birch Tree.

Betula papyrifera paper birch also known as canoe birch is a short-lived species of birch native to northern North America. Paper birch is named for the tree's thin white bark, which often peels in paper like layers from the trunk. Paper birch is often one of the first species to colonize a burned area within the northern latitudes and is an important species for browsing. The wood is often used for pulpwood and firewood.
You can drink the sap! Especially if it is served as an alcoholic beverage, wine.

David Hassan, a Scotsman in the region of Härjedalen in northern Sweden had an idea that he would make the world’s most ecological alcoholic beverage. The result is an aperitif called Björk, which is Swedish for birch (Sweden is filled with these white trees). David has about 400 of them on his land.

To produce Björk, he collects the sap and heats it over an open fire using logs from his own forest. He adds yeast and the fermentation takes a few weeks. The product ages in demijohns in a root cellar for one year before it is bottled. The alcoholic content is 22%.

It smells of sweet apricots and the taste is definitely exciting and different. It is slightly sweet, a bit perfumed and floral. The aftertaste is quite dry with a small but distinctive tone of forest (if one can say so, it is certainly something that makes it feel different from a “regular” wine). Björk is already served in many Swedish restaurants.

In Newfoundland, Craig Lewis has started a Birch Sap winery called SapWorld. Located in Fleur de Lys on the islands northern edge. The small community has a population of about 250. Craig named his wine "Lady of the Woods"
Posted by We Love Wine at 4:42 PM